The food industry was already prevalent because the food is the ultimate source of energy for a human being. The energy from the food enables a human being to complete tasks assigned to them.

To make the food dishes more attractive and pleasing, new innovative techniques were used in designing them. As dish designing is now a trend in the food industry, new tech trends and ideas are in the research phase.

Dish preparation in the food industry is a technique that lets the chef design their food on a plate so that the dish looks more attractive and ready to eat.

The top hotels and restaurants use the most of dish preparation technique to make it attractive for their customers and also for some publicity. The best-designed dish gets prize money and some popularity.

To make work more productive and comfortable, researchers involve the use of AI in food dish preparation. The robotic arms resemble just like the human arm is in use to prepare and design food dishes.

The involvement of Artificial Intelligence has made a scope in the industry of food industry. Technology plays a very vital role in the parts of human life. But now technology got a place in our food.

Artificial Intelligence and Robots combine to form a new system of food preparation techniques for the humanity. The different inbuilt patterns enable the AI to make a variety of dishes.

Artificial Intelligence. What is It?

Artificial Intelligence is a system software connected to a computer that learns and implements processes by observing the human actions. The system uses its intelligence to achieve different types of new and innovative methods.

Robotics is a branch of Artificial Intelligence composing different sub-branches and the applications of robots. So, Artificial intelligence is a virtual agent working in the real world environment.

Robots with artificial intelligence aim to manipulate objects by picking, perceiving, moving and destroying it. Now let’s move on to the components of Artificial Intelligence.

To construct an Artificial intelligence robot we need:

Like the human body system, an Artificial Intelligence robot has the same aspects which include:

The robots are so smart that they can find hundreds of different ways to perform a particular task. They can also use their innovative techniques to develop new ideas and concepts. Restaurants and Food Processing Industries started using Artificial Intelligence robots to streamline and increase the productivity of their products.

In Food Processing Industries, AI robots are used in assembling food, packing food, and delivering the packed food to the warehouses. Additionally, AI robots help in the measurement of ingredients quantity.

The Artificial Intelligence robots also help in food preparations by adding and mixing the given ingredients step by step. In restaurants, AI robots can take the orders from the customers, then prepares the dish and serves the prepared dish to the customers.

With the use, AI in Food Dish Preparation decreases the workload and the process of food preparing became cost-effective. More and more restaurants are using the system to increase profits and productivity.

At the household level, Artificial Intelligence robots learn from the actions of the human and then implements the same action on its own. Here the robots are assigned the basic task of the food preparing and plate designing.

Some Examples of AI Robots In The Kitchen

Moley is the world’s first personal robotic chef designed for your kitchen. It is a kitchen with a stovetop, dishwasher, food processor, basic appliances, and utensils. Moley is different from any other kitchen as it consists of two robotic arms. The robotic arms emerge out to prepare the dish chosen by you. Moley robotic chef has about 20 joints for flexibility, 129 sensors information retention, and about two dozen motors.

Moley robotic kitchen can access unlimited chef’s recipes. So not only Moley can cook over 100 different meals for you, but also it can clean itself up after completing its tasks.

The first of their kind, Hunan’s Robot Chefs started cooking some local dishes at a restaurant in the city. The robots stores recipes and cooking techniques of 40 different types of methods, can complete cooking in two minutes.

Impact of AI Robots On The Food Industry

Using Ai robots in food industries have their own advantages and disadvantages. The primary advantage is that it makes the tasks more productive and cost-effective. AI robots reduce the workload of the team and make assigned tasks simple.

AI robots can prepare the food at a much faster rate than an ordinary worker does. With this, there are also disadvantages as the AI robots will take away the jobs of chefs at the restaurants. Additionally, it will lead to an increase in the rate of unemployment.

At the end how modern or popular technology may be it has its own advantages and disadvantages towards the mankind. So it is important to maintain the balance between the humanity and technology. disruption of anyone will also disrupt the other. 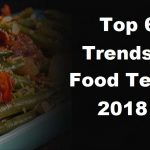 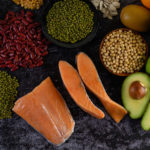 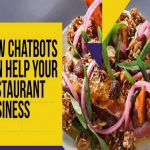